Have you ever received an appliance as a gift and you had no idea that you needed it until you tried it? Perhaps it was that margarita maker that you got for your wedding, or the multi-purpose pressure cooker that your friend swears by. Today, however, we’re going to talk about food dehydrators — the Excalibur Res10 Dehydrator, to be precise. What is it about this household appliance that makes it so useful, and what are its most notable features? 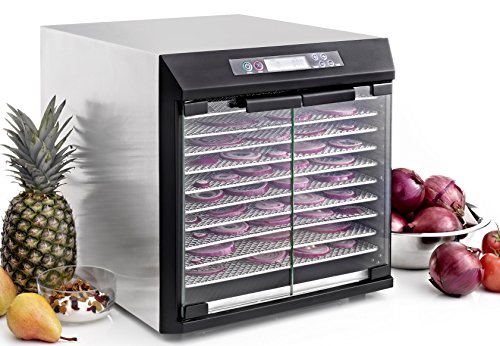 The title itself is pretty self-explanatory, but if you’re unfamiliar, a food dehydrator removes all the moisture from foods — or dehydrates them — by heating them at a very low temperature for several hours. A fan evenly distributes the temperature throughout the unit to dry all items at a steady pace; this is how foods like jerky, prunes, sun-dried tomatoes and raisins are made. People who garden a lot of produce, like to hunt for game or simply enjoy making their own organic foods at home are the perfect target audience for a dehydrator.

The Excalibur Res10 Dehydrator, however, is not for total beginners. It is a slightly intermediate piece of equipment that takes some trial and error to get used to, so don’t expect to plug it in and be happily dehydrating foods a moment later. Ensure that you read the owner’s manual and get used to the system as a whole before you use it for the first time. Also, it’s worth noting that there are two different models: A commercial model for restaurants and professional food establishments, and a household model for the people like you reading this article.

What Are Some of the Best Features on the Excalibur Res10 Dehydrator?

Thanks to the ten trays that are included, a lot of good usage can be put into this item. The total square footage of the trays comes out to 9.3, which means that you have so much space to work with and can dehydrate many different foods at the same time. Use as many or as few trays as you want and adjust them to make room for the oddly-shaped ones that might stick up a little higher. You can also see what’s happening inside the machine as it’s doing its magic; the doors are clear, offering a great view so you can see the progress. More good news: The doors are also removable, which means that cleaning is as simple as removing the trays and door.

The unit is powered by a 600-watt motor with a rear-mounted fan, which is both a good thing and a bad thing: Good, because it ensures that there’s plenty of power to the 10 tray dehydrator; bad, because those 600 watts can be noisy. It’s typically better for the even distribution of air to have a rear-mounted fan, so what you lose in a quiet appliance you gain in the superiority of the air circulation. However, since the unit measures at only 16 x 12 x 16 inches, this means that it’s small enough to be considered portable and hidden out of sight when it’s not in use. Equally important, it is mostly rectangular, which means that it will easily fit in whatever cabinet or shelf it will live in the meantime.

If you know anything about food dehydrators, then you have probably heard that the dehydrating process causes foods to lose their natural nutrients and vitamins. The Excalibur Res10 Dehydrator has made this a non-issue thanks to the opacity of the unit itself while keeping the doors clear. Another feature is the low and slow setting to aid in this process, preventing foods from being cooked any higher than 115 – 118 degrees Fahrenheit. This means that you can dehydrate whatever you want without the fear of them losing their enzymes and good-for-you vitamins.

The panel is smooth and digital, showing you the menus and numbers in bright LED letters. It allows you to set a maximum dehydration time of 99 hours and 59 minutes, or roughly fourish days. That might sound crazy, but think about people who hunt and have a lot of meat to make jerky out of; it can take a lot longer than you might realize. One cool feature regarding the panel is that it allows you to save and store up to 30 recipes, which means that if you’ve got special settings for the things you dry the most often, all you need to do is navigate to that area on the menu. 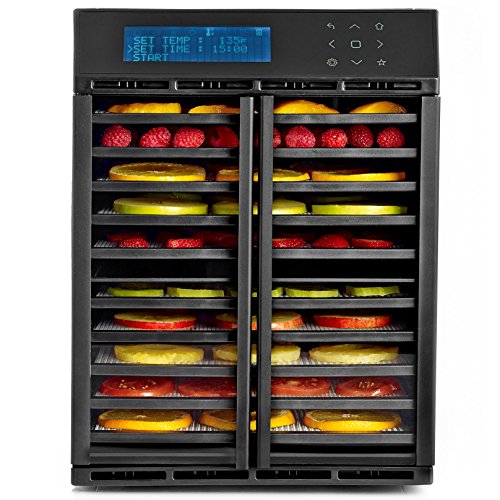 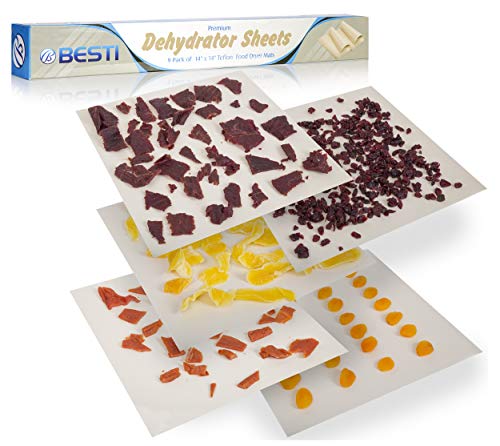 Again, like any new appliance, it’s best that you read the manual and start small when you familiarize yourself with the unit. For example, instead of trying to make beef jerky for the first use, why not start with some berries? The better you get to know ideal temperatures for specific foods, the easier it will be for you to work your way up to get the most out of your unit. Don’t expect to be an expert the first time that you use it; there will be a bit of a learning curve, and there’s nothing wrong with that. Besides, wouldn’t you rather your food turns out perfectly and evenly-cooked instead of sloppy and uneven because you were too impatient to learn how to use it?

A Great Unit That You Can Trust

At the end of the day, it will all come down to your personal preferences and how you tend to use the unit. You know yourself best; will this investment be something that you take the time to learn and understand to make efficient use out of it? If the answer is yes, then the Excalibur is a fantastic model to work with. Built to retain the best, healthiest parts of your foods while doing its job to dehydrate them at the same time, you’re getting an item that performs its task admirably. Just remember that you need to understand it and get to know how it works before diving in and dehydrating everything in your freezer. It takes some time, but it’s worth it.