Back before refrigeration, the Quechua people in South America made an incredible discovery.

They discovered that if they cut meat into strips, rubbed it with salt, and dried it out, it would last for much longer than usual.

While you could always take the Macho Man’s advice and snap into a Slim Jim or buy some gourmet jerky from the farmer’s market, the most satisfying way to enjoy beef jerky is to make it yourself.

To do that, you’ll need to find the best cheap dehydrator for beef jerky.

But with hundreds of units on the market—some of them selling for several hundred dollars—it can be difficult to know what to look for.

If that’s you, never fear. We’ll look at everything you need to keep in mind before buying a dehydrator and look at the best models around. 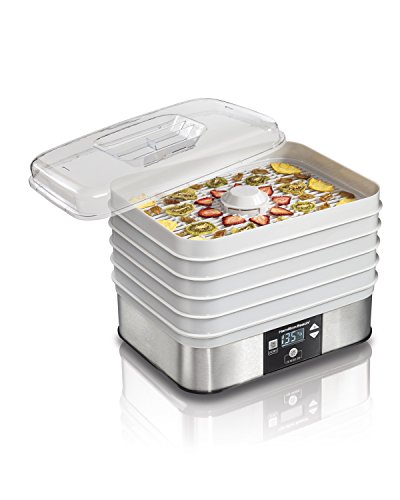 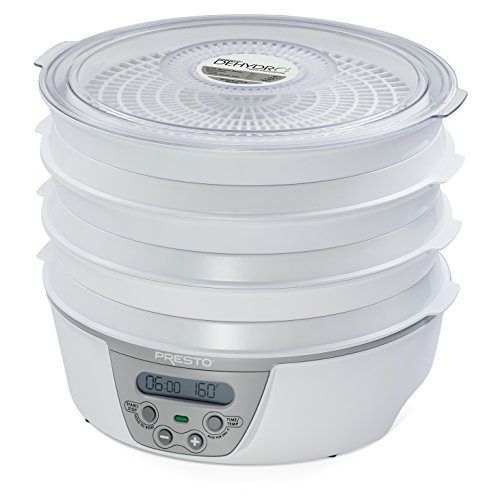 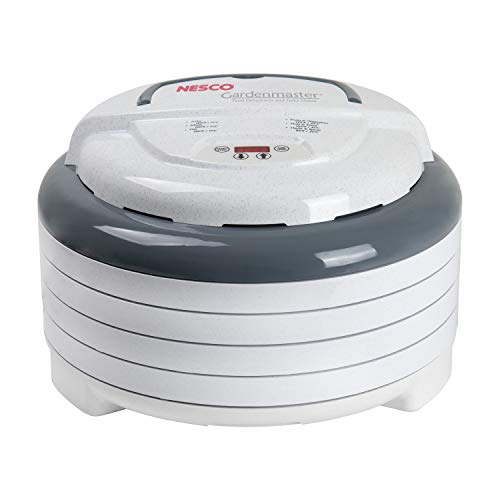 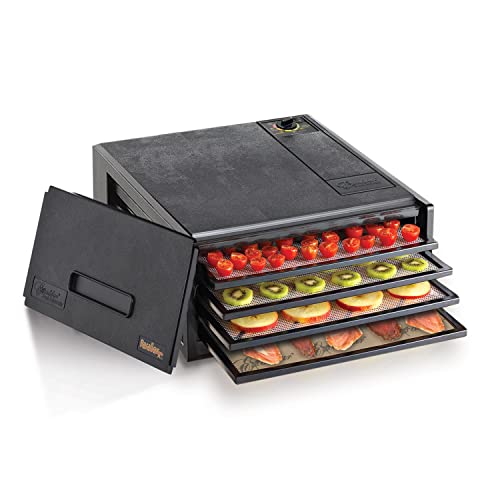 Not every dehydrator is created equal. While some dehydrators might be great for fruit, they don’t cut the mustard when it comes to making jerky.

Here are the most important factors to consider.

The trick to dehydrating meat is to let it sit at a temperature that is warm enough to draw the moisture out without being so hot that you end up cooking the meat.

When looking for a best dehydrator for jerky, you want to find a unit that offers precise and reliable heat control. While the temperature may vary throughout the drying process, you want as little variation as possible.

Many dehydrators include extra trays to allow you to dry more food at once. For the jerky lover, the formula is simple: more trays equals more jerky.

Dehydrating jerky is a time-consuming process, so the more you can prepare at a time, the better. Think about how much jerky you’ll want to make at a time and use that to decide how many trays your ideal dehydrate will have.

Some dehydrators install the trays on drawers. This allows you to check on the doneness of your food without opening the entire dehydrator.

This doesn’t necessarily change the process, though. It’s simply a matter of convenience.

When you’re dehydrating a lot of meat at a time, it’s important that it is all drying evenly.

Most dehydrators have small fans that will pass the hot air through the trays, ensuring that all of the jerky is dried in the same way.

That said, let’s look at some models.

Hamilton Beach has been a trusted name in kitchen appliances since 1910. So when they introduce a food dehydrator, you can be sure that it will be stylish, reliable, and easy to use.

The Hamilton Beach 32100A is a five tray, vertical flow dehydrator that is compact yet powerful. It takes up just a little over a square foot of counter space and offers nearly five square feet of drying space.

It features an adjustable digital thermostat and its timer goes as long as 48 hours. While it doesn’t have removable drawers, it does have a glass lid so you can watch your jerky without disrupting the dehydration process.

And with a cheap price tag, it’s a great choice for the dehydrator on a budget.

For a compact dehydrator that doesn’t skimp on the power, look no further than the Presto Dehydro.

The Dehydro is a circular, six-tray, vertical flow unit. The trays are 14.5 inches in diameter, which gives you access to nearly six square feet of drying space. For serious jerky makers, you add extra trays, topping out at a twelve-tray capacity.

The digital thermostat can be set between 90º and 165º, and its timer can be set at thirty-hour integers up to 48 hours. The glass lid allows you to check on the food while it’s drying, and you can even remove the lid without disrupting the lower racks.

If you’re worried about cabinet space with this jerky making giant, never fear. The trays can be flipped and stacked, making for compact storage.

Despite its quality, the Dehydro only commands a low price range.

For you more ambitious jerky makers, look no further than the Nesco FD-1040 Gardenmaster. Armed with a 1000-watt heating element and patented Converga-Flow design, this is a great option for anyone looking to make their own jerky.

The Converga-Flow system moves air horizontally over the racks to ensure even airflow over the meat. It allows for 90º to 160º heat with a digital timer up to 48 hours.

Its racks have a diameter of 15.5″ inches, giving a full square foot of drying space per tray. The four included racks may not seem impressive, but the Gardenmaster can accommodate as many as twenty racks.

Unlike many other vertical dehydrators, the Gardenmaster’s heating unit and fan are in the top of the unit. This protects them from any damage that might be caused by dripping grease or falling food particles.

The Nesco FD-1040 sells for a mid range, which is a great price for such a powerful unit.

If you’re a little more serious about making your own jerky, but you aren’t ready to spend hundreds of dollars on a top of the line unit, the Excalibur 2400 is the way to go.

Excalibur is a trusted name in home dehydrators, and this unit lives up to that reputation, offering the same great performance at a price that won’t break the bank.

The Excalibur 2400 is a four-tray box dehydrator with a thermostat range of 95º to 165º. Its poly-screen trays are easy to clean between uses.

Its horizontal fans create perfectly even airflow over the trays, allowing consistent jerky no matter which tray the meat is on.

While its sticker price might be a bit high for casual jerky makers, its performance is worth every cent.

Snap Into Your Own Homemade Jerky!

Once you’ve found the best cheap food dehydrator for beef jerky, the only thing that’s left is to get to dehydrating!